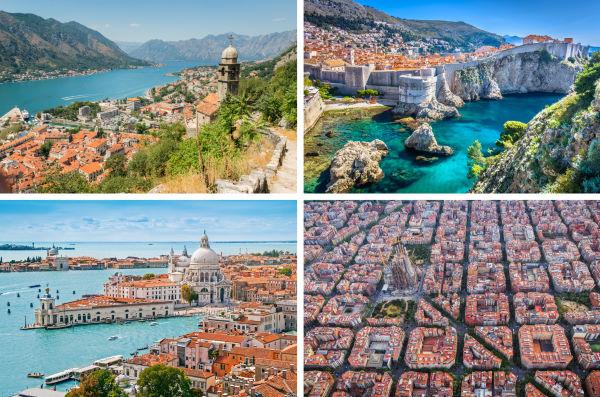 Mediterranean Romance Cruise
October 12 – 27, 2020
Join Beyond Borders Travel & Tours and fall in love with the beautiful waters of the Mediterranean on this Mediterranean Romance sailing from Venice, Italy to Barcelona, Spain. See the fabled canals of Venice and the sweeping coastal views along the Adriatic Sea. Discover why many consider the lush, green isle of Corfu one of the world’s most beautiful.  Explore the history of  Rome and see why Sete, France is the French Riviera’s best kept secret. Complete this journey with a post stay in vibrant Barcelona, Spain.

This itinerary is diverse with many changes in scenery from port to port as well as cultural, historical and architectural history offering something for everyone. Enjoy fall temperatures stunning landscapes and new cultural experiences. 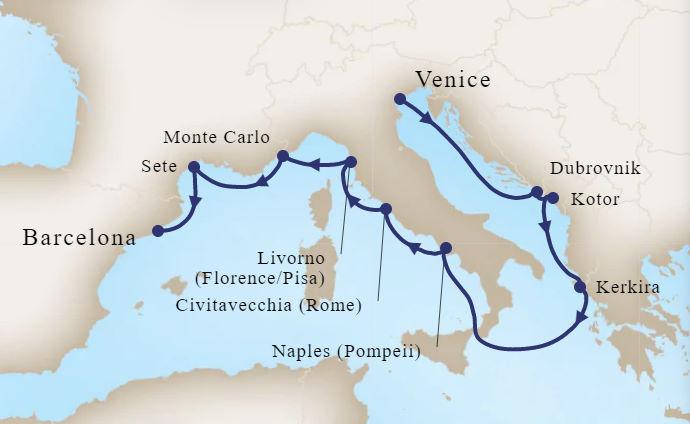 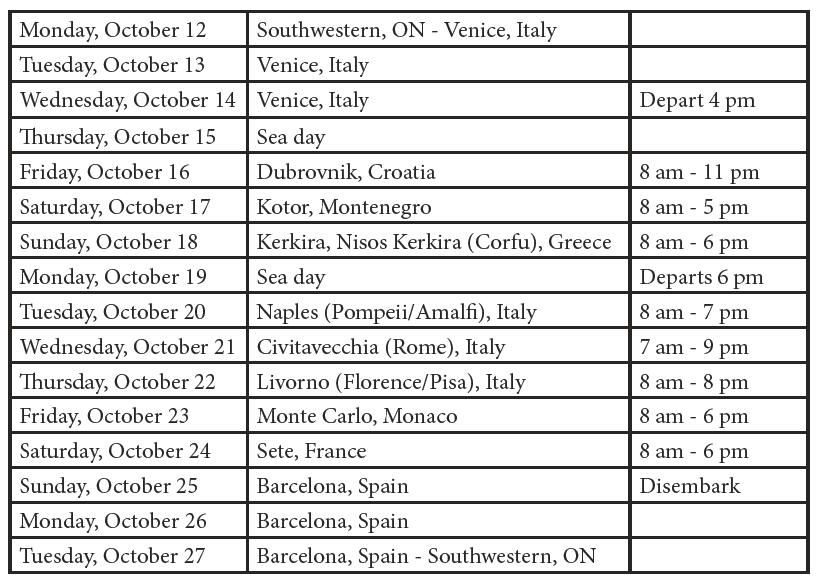 Mediterranean Romance Cruise on waitlist only.  Call the office today to be added to waitlist or for more details.

All cruise and coach tours depart from Sarnia & London, Ontario.